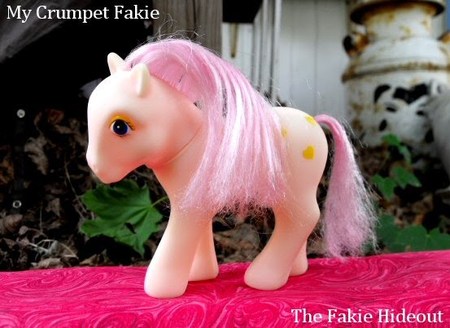 These are fakies that are made in the exact mold as G1 ponies. Collectors call certain G1 fakies Crumpet fakies because they are made in the same pose/mold as the MLP Crumpet. It isn't known what exact company makes these, but it's safe to assume there's more than one. There are vintage Crumpets (we'll call them) floating around as well as new ones. Glitter Crumpets have even been spotted. To an untrained newbie, these could very easily be mistaken for real MLPs. These were sold in discount stores like Big Lots. 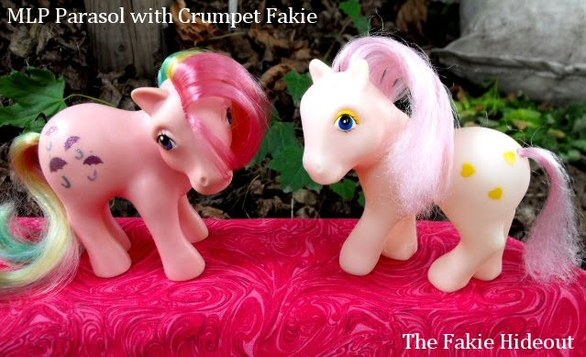 My Crumpet has no markings other than "MADE IN CHINA" on her hooves ("MADE IN" on one, and "CHINA" on another.) She is made of vinyl and is a peach flesh tone. She has eyeshadow and hearts for symbols. Some G1 fakies have painted hooves. One one of her front hooves, you can see where the manufacturer covered up the original Hasbro marking, proving it to be a stolen mold.

Her hair is low quality, but it withstood my flat-iron! I wanted to reduce some of the frizz, and it did seem to help.

Princess Rinse'n'spit is a particular kind of G1 mold fakie that even non-fakie collectors are dying to have! These particular ponies have teeth, a full set of them. 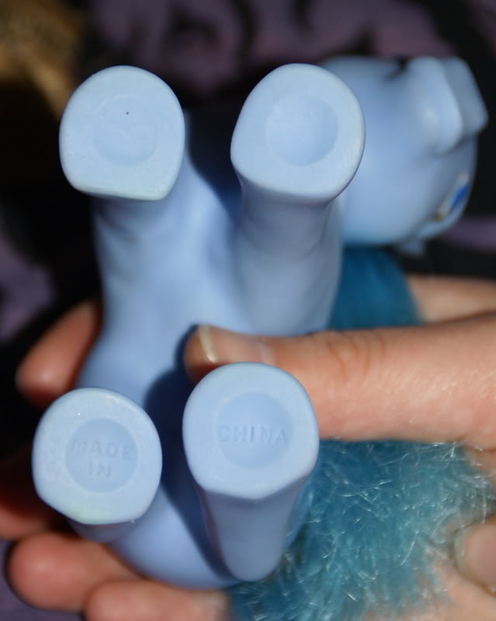 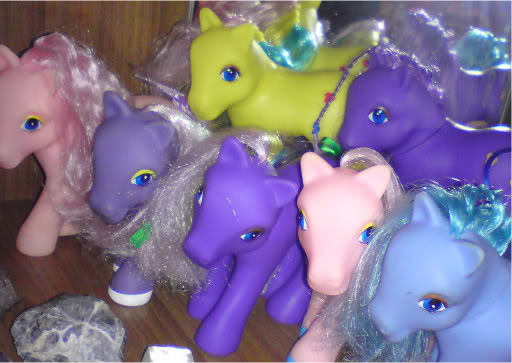 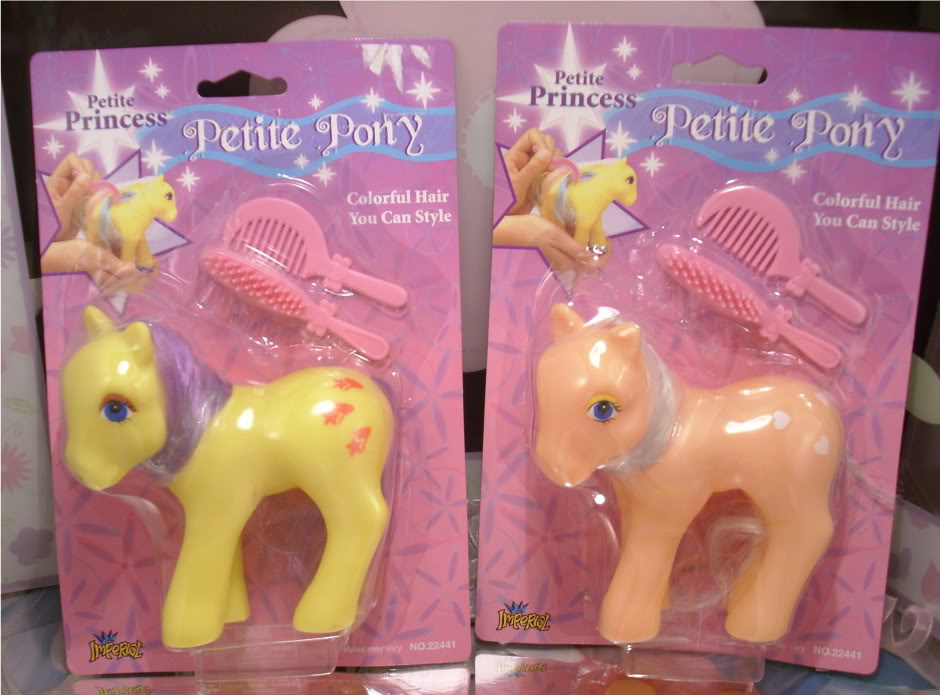 Here are two Crumpets in their original packaging, sold as "Petite Princess Petite Pony. Looks like the Manufacturer of these is "Imperial." These belong to MLPArena member Ponylady.